Unleashing the power of the mobile camera

The idea behind this article came when I was taking picture in a car park at the airport, you will understand why a lot more clearly below but I wanted to share how I use the mobile camera as a tool to effectively make my life easier, which many of you would appreciate and gain from.

The title says it all for this article, as the mobile camera is quite a powerful tool but we all need to know what we use it for other than taking standard photographs. 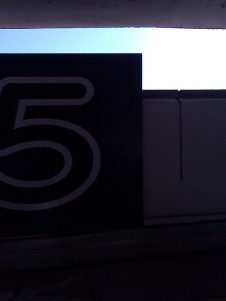 Don’t forget where you have parked car ever again instead take picture of the sign indicating what level or zone you parked at  and you will never forget.

Handheld scanner in your pocket 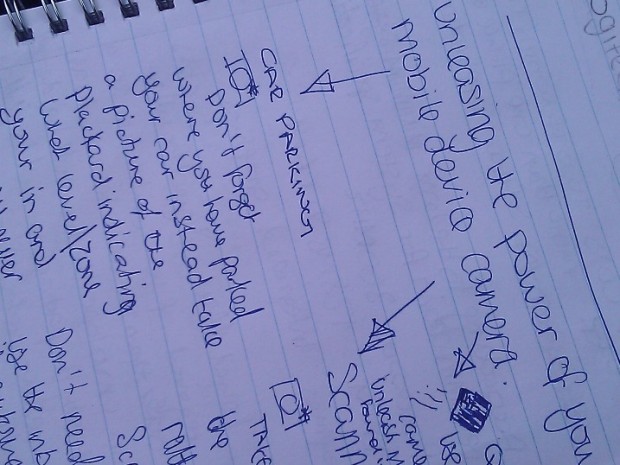 Take a photograph of the document rather than waiting to get home to scan. You don’t need an app just use the inbuilt camera and take a snap this is especially true if you have 5 or more megapixel camera with auto focus on. If you’re using windows phone 7 device then the photograph will automatically  sync and update the Windows Live  SkyDrive service, saving you the hassle of transferring from device to PC/MAC.

QR codes look similar to bar code but are different though they work on the same principle of allowing to gain more information on the product/service.

Finally, this has become more widespread than butter itself, in newspapers, posters, on product package and now TV shows in particular the BBC One program  ‘The Good Cook’ by Food writer Simon Hopkinson, which uses QR codes to take you to the recipe page on the website.

All major smartphone’s can handle QR codes and you are normally required to download a special app that scans and translates it into link/number/text. If you use one on your phone and you think it is good let us know below – Don’t forget to tell us what platform you use (iPhone/Android/Blackberry/Windows Phone 7)

You can sell your masterpieces to other people who need photographs like newspapers, media houses etc using sites such  Flickr and Getty Images (enable selling feature) and Photobox Galleries. Pro Galleries. Though be careful on how much commission/charges they take from your sale.

No one has time to login into the reward scheme website such as Coke-Cola’s Coke Zone or McVitites VIP Club when on the go nor do you want to carry the packet/can home in your bag instead take a photograph.

Want more ideas to save take a look at Student Geek Savings!

I hope the article were helpful, again if you have any suggestions do let me know below by commenting or using the contact form.

By all means, contribute Cancel reply